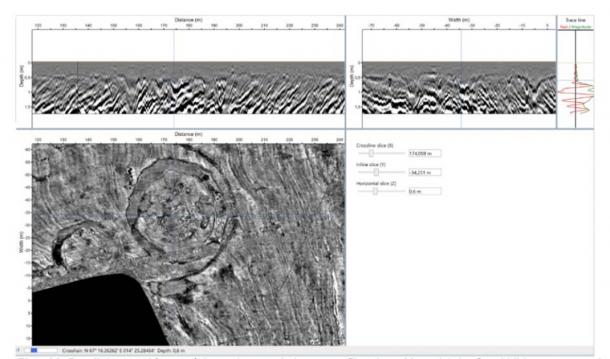 The discovery of the burial mounds was not a surprise. Aerial photographs had already picked up subtle signs of their presence, and it was in fact these photographs that prompted the 2019 survey. But what fascinated archaeologists the most was the discovery of 32 moderately-sized oval ditches, an enigmatic feature that has never been seen before in GPR surveys or excavations in this part of Norway. The ditches were oriented similarly, with their narrowest ends facing toward the sea. This suggests the ditches were constructed to minimize exposure to wicked eastward winds, which are frequent and often unrelenting in this part of the globe.